I first met Carlie M.A. Cullen through connections at our publisher, Myrddin Publishing Group in early 2012. She had read my first book, TOWER OF BONES, and while she liked the basic story and characters very much, she felt the editing was somewhat lacking. As it was basically self-edited with the help of my friends who were none of them editors, she was correct.

I agreed to have the sequel in the series, FORBIDDEN ROAD edited by Carlie, and in July of 2012 we began the process. We went through the manuscript in depth four times, and the result was a manuscript that read much more smoothly than the first book in the series.

Carlie is fair, and at times blunt. She is reasonable and does not attempt to take away an author’s voice. If there were places where I really wanted something to be written a certain way, she understood, and helped to insure it remained consistent throughout the manuscript.

She works closely with Maria V.A. Johnson. They are currently editing HUW THE BARD, and I have hired the two of them to guide me in re-editing TOWER OF BONES, to bring it to the level of FORBIDDEN ROAD. They are also contracted to edit my next three books.  I highly recommend their services. They are reasonably priced and their commitment to your manuscript is both intense and personal on their part, making for an excellent partnership between author and editor. 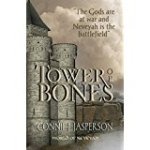 Author of Tower of Bones Series and Huw the Bard Series

Status: Huw the Bard, Tower of Bones, Forbidden Road, Valley of Sorrows, Mountains of the Moon, The Wayward Son – Published. 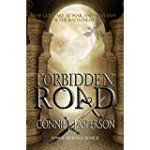